The way we behave online impacts our lives beyond measure.

Since the proliferation of online message boards and forums in the 1990s, the internet has become a driving force for cultural discourse.

As with any new paradigm, there are good and bad things to come out of it – online communication is no exception.

The good? It’s easier to connect with people than ever before. The bad? Targeting individuals and even brand entities online is just as easy.

Such a massive con to the immense pro of instant global communications carries huge economic and emotional costs.

Here, we’ll investigate the motives, manifestations, and effects of anti-social online behaviour, otherwise known as trolling. If you’re being affected by hurtful online content and this article sounds all too familiar to you, drop the Removify team a line.

The Birth Of Trolling Internet trolls were born around the same time as these little guys were all the rage!

The nature of the term “troll” may be subjective, but for this article, we’ll roll with this definition from Psychology Today: an individual who intentionally disrupts discussions with comments intended to upset the target.

The Oxford English Dictionary dates the first online usage of “troll” to December 14, 1992, in the Usenet group alt.folklore.urban, when a user wrote, “Maybe after I post it, we could go trolling some more and see what happens” – talk about foreshadowing!

Since then, use of the term exploded into the common vernacular – in the online world at least. The term didn’t gain mainstream popularity until the 21st Century, following the social media boom of the 2000s. The flames were further fanned with the birth of notorious forum 4chan in 2003. Many digital denizens feel that trolling is a harmless prank, and sometimes it is. Other times, these efforts to rock the boat have drastic effects on their targets, which can follow them for years to come.

As said by author Whitney Phillips, even the “harmless” trolling has one thing in common with its more vicious forms: malicious intent.

Trolls have no interest in fighting fair. They want to engage you in a fight that’s impossible to win.

So Why Do They Do It?

For time immemorial, people have vented their frustrations in destructive ways. Because trolling has taken such a prominent place on the internet’s mainstage, there have been numerous peer-reviewed studies on why people actually do it.

Research conducted by The Conversation suggests that people are more likely to post troll comments if they are:

This study overwhelmingly found that state of mind is the biggest factor in triggering people to make inflammatory comments.

The second biggest factor is the context. Troll comments have been empirically shown to pile up and exhibit the “snowball effect”. That leads to more and more of them popping up as posters jump aboard the bandwagon.

Basically, there’s a strong argument that trolling has more to do with an individual’s environment than their personality traits – but that’s debatable. The ever-present nature vs nurture debate applies to all facets of human behaviour, and trolling is no exception.

Other studies suggest the most prolific internet trolls are predisposed to displaying “Dark Triad” personality traits. These are:

Of course, this doesn’t mean all trolls are narcissistic Machiavellian psychopaths.

It’s been said that the impulse-enabling nature of the internet with its cloak of quasi-anonymity emboldens users to say things they otherwise wouldn’t.

So pretty much, the internet breeds keyboard warriors who would never say these things in real life.

It also makes them look cooler in front of all their internet mates. There is status-seeking behaviour inherent in trolling, because of the comments’ propensity to spark debates and get strong reactions from people. According to the Australia Institute in an article by the ABC, online abuse and harassment have already cost Australians $3.7 billion in loss of income and medical bills alone. The true extent of the damage done by trolls is much harder to quantify.

One thing’s for sure: trolling is so ubiquitous, it can affect both individual people and entire brands alike. When aimed at a single individual, trolling can do some serious damage to their mental health and reputation. By and large, the biggest demographic of individuals affected by trolling are young people – particularly women.

Fear of harassment commonly leads women especially to be silenced. According to Refinery29’s #ReclaimYourdomain research, 41% of women aged 15 – 29 censor themselves online.

A further 21% of victims stop using social media altogether. Is it just their fault for being easily offended? No. Engaging trolls in an argument has no positive outcome and can be potentially dangerous where hacks or personal affairs are concerned.

High-profile content creators such as social media influencers and Youtube stars turn off comments in an attempt to silence trolls. The impact of abusive comments on authors and publishers is significant, with a real risk of undermining their credibility.

No one deserves to be bullied. If you need bullying or troll content removed, ask Removify for help. 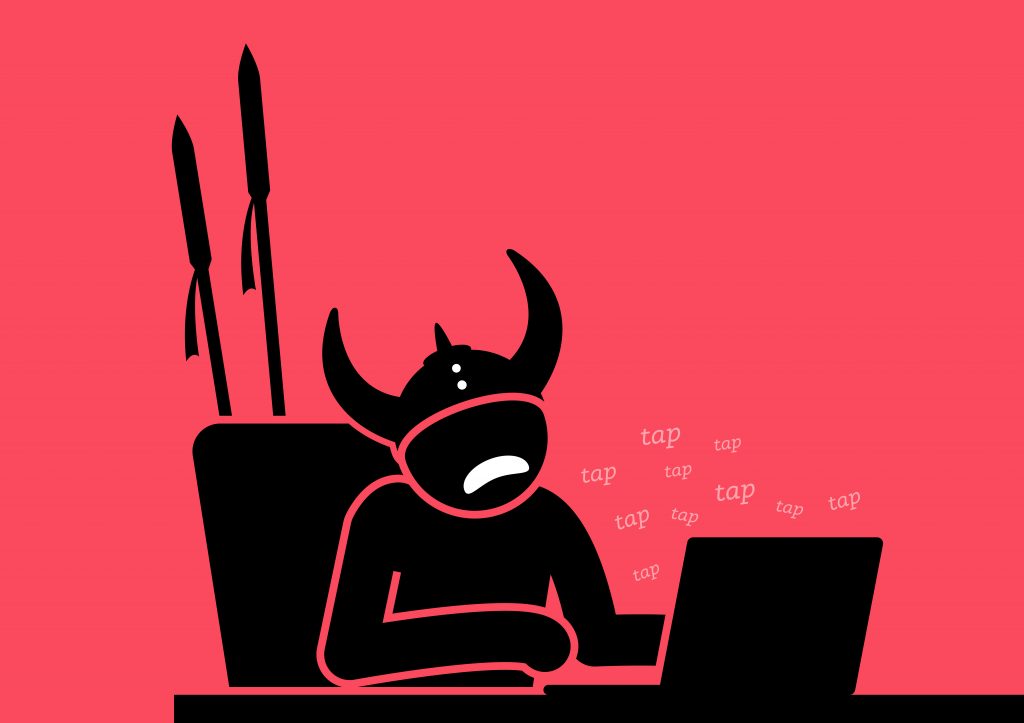 Nasty comments left on a brand’s Facebook page can quickly spread across the web.

Every consumer has their own mini-media network comprising all their online profiles. Most posts made on social networks are public to some degree, leaving them prone to sharing amongst the community.

Now, this isn’t about customers leaving negative reviews or airing legitimate grievances with businesses. This is about trolls who bypass civil protocol to launch childish attacks or smear an individual’s reputation within the business.

Unfortunately, trolls are often perceived as funny or “saying what needs to be said”. This leads to many brands experiencing attacks being vilified for trying to address the behaviour.

You Don’t Have To Stay Silent This mentality has worrying implications for businesses under attack by trolls. One of the most formidable opponents of this attitude comes in the form of Sara Bennison, CEO of NationWide Building Society. She said in light of troll attacks on her brand:

“This is not just annoying and dangerous for advertisers, this is a societal problem that is incredibly damaging and yet we seem to be letting it exist. There’s a duty of care that comes from how you wrap your arms around the talent you use and help them stand up to this in a way that is positive.”

Regardless of why it happens, the outcomes wrought by trolling speak for themselves. People aren’t obliged to put up with personal attacks, or vitriol launched at their brand – and you are no exception.

If you are being attacked online by trolls, keyboard warriors, or anyone out to get you – don’t worry. Help is at hand to undo the damage and restore your reputation.

For professional assistance with managing your online representation, whether you’re a brand or an individual, reach out to the Removify team today.

Had enough of negative online content affecting you?
Take the first steps toward removing it.

Get a FREE Quote